Tim lives with his wife Heather and their three boys in north Suffolk . He was born in Felixstowe before the family moved to the village of Witnesham near Ipswich – a town he knows particularly well. Tim was educated at Ipswich School before taking a degree in Agriculture at Wye College, University of London, majoring in Management, Marketing and Economics. More recently he graduated from the Open University with an MBA, taking modules in Marketing, International Enterprise, Strategy and Financial Strategy.

For the past 30 years he has been an intensive livestock producer and has advised on pig production and genetic breeding programmes across Europe, North America and Asia. As a self – employed agricultural and rural business consultant he has delivered seminars and lecture tours to a wide variety of farming and agribusiness organisations.

Tim also has extensive experience in Suffolk’s tourist economy which is currently worth over £1.7 billion per year to the county’s economy. He is particularly passionate about Suffolk’s food and drink economy which has one of the best offers in the UK and has considerable potential for expansion.

Tim was a Mid Suffolk Councillor and prior to taking on the role of the PCC, he was Leader of Mid Suffolk District Council.

For the last 10 years, Tim has been an active Rugby Union referee at both adult and junior levels. He officiates at a wide range of clubs across East Anglia and regularly referees at clubs out of the area as far away as Leicester, Winchester and London. 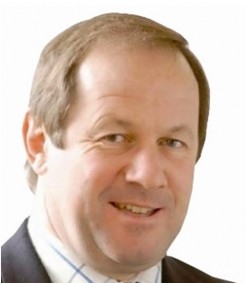