David was elected to Haverhill Town and  West Suffolk District Council ( formally St Edmundsbury Borough council) in 2015 and to County Council in 2017 and continues to serve on all three councils..

David  has an interest in planning and has served as vice chair on district council and was the chairman of Suffolk County Council Development and Regulation committee until May 2021.

He was promoted to West Suffolk Cabinet in 2020 to bring in the new local plan and has since also taken on responsibility for the whole of the planning portfolio.

David is also an officer of our West Suffolk Conservative Association.

David has lived in Haverhill since 1985 and is passionate about the town. He says its been a great place to live and raise his children.  Haverhill does have a great community spirit  and there are so many groups in the town that help others across a wide spectrum of fields.

David took early retirement from Royal Mail in 2012 after a career spanning 35years predominately working in the automation field. In both London and Cambridge. He became a councillor as he feels it a great way to give back to the town that he loves. 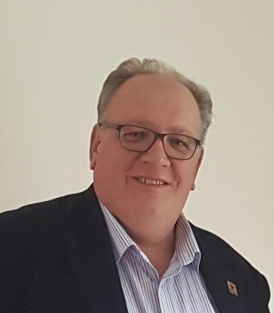