Ruth was elected as an Officer of the Association four years ago. Ruth brings invaluable insight into managing a voluntary political organisation. She has worked as an HR Professional for many years and has only recently embarked on a number of new avenues, including becoming a Justice of the Peace.

She began her new responsibilities as a Parish Councillor some 3 years ago and was also elected to Forest Heath District Council for Mildenhall, Market ward. Even more recently Ruth has been appointed as a Magistrate.

Ruth was elected Chairman of Forest Heath District Council for 2017/18 and in 2018 was appointed to the Cabinet as Executive Member for Future Governance, steering the creation of a new West Suffolk Council with St Edmundsbury Borough Council.

Ruth says, "I have many new challenges ahead, combined with a busy family life with my husband, three young adults and two very demanding Westies called Archie and Fergus."

Lance is the Chairman of West Suffolk Conservatives. A lifelong Conservative he has been Leader of a local authority and a parliamentary candidate, an election agent and district council cabinet member. 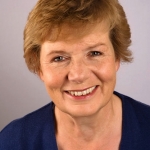 Association President and Deputy Leader of Suffolk County Council
Suffolk born and bred, Mary trained as a journalist on the East Anglian Daily Times before she became a political correspondent at Westminster. She returned home to Suffolk in 2004 and soon became involved in her local community leading the campaign to save and upgrade the village hall.

Jane was elected as Honorary Treasurer of the West Suffolk Conservative Association at the AGM in March 2018. Jane also services as a councillor on Mildenhall Parish Council and a Chairman of Mildenhall and District Branch. 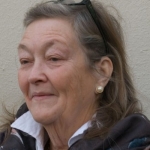 Carol is the Conservative District Councillor for Barningham Ward in the West Suffolk Council.
She is also an Officer of West Suffolk Conservative Association and sits on the Development Control and Performance and Audit Committees of St. Edmundsbury Borough Council. Married with two children, she was born in Cheshire, educated in Surrey and has lived in Suffolk villages for over 40 years, the last seven in Hopton 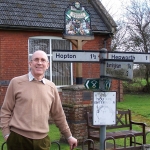 Association Officer
Dave has lived in Bardwell since 2002 when he left the Royal Air Force. He has served as a Borough Councillor in St Edmundsbury, winning a national award for Financial Management. He served in the Council Cabinet from 2007 to 2015. 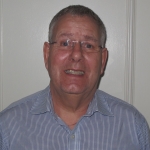 Association Officer
Terry has been a lifelong supporter of the Conservative Party.  He is self employed as a compliance auditor, mainly in the construction industry and his work takes him all over the country. 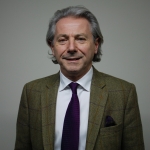 Jordon Millward is Conservative Candidate for the ward of Iceni. 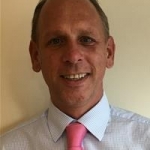