He was subsequently elected for the Chedburgh and Chevington ward on the West Suffolk Council on 2nd May. 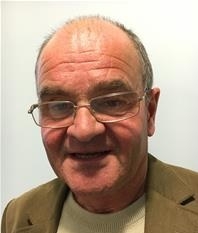