David is councillor for Haverhill West, along with Margaret Marks

David has been Mayor of Haverhill, having previously served on Haverhill Town Council for two years. David served  as Deputy Mayor of Haverhill between May 2015 and May 2016.  David is very honoured to be able to serve the town in both of these important rôles.

He worked for Royal Mail for almost 35 years before taking early retirement after heart surgery. He has said that he is now fully recovered and has the time again to contribute to the work for the benefit of the town's community. 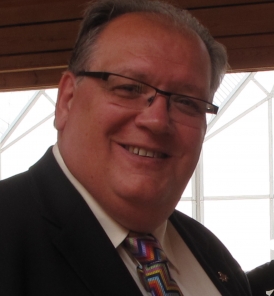