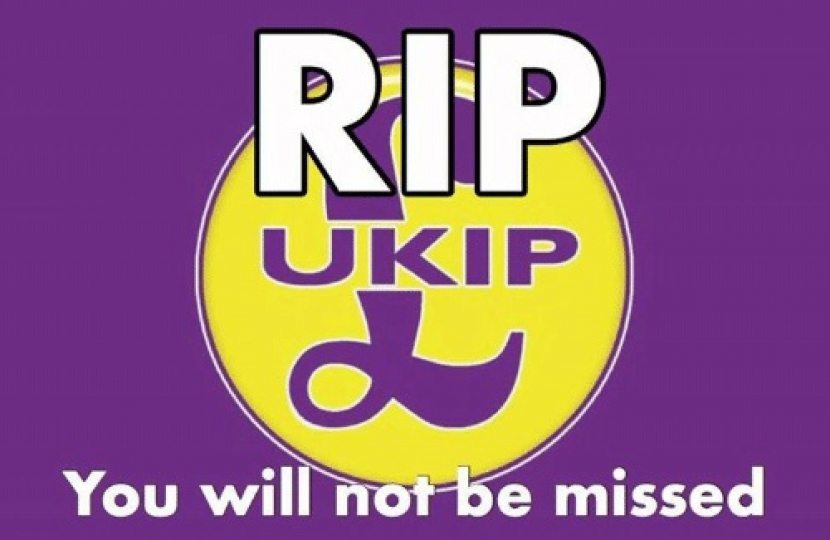 Two of the three UKIP councillors on St Edmundsbury Borough Council who represent Haverhill have resigned to become Independent members, leaving just one UKIP councillor. And as a political group must consist of at least two members, the UKIP group has therefore been dissolved by the council.

Councillor Lance Stanbury, Chairman of west Suffolk Conservative association, said, “We have seen the implosion of UKIP across the UK and this is now happening in West Suffolk. UKIP was born purely to achieve an EU leave vote and once the country voted to leave last year, UKIP’s reason to exist ended. They were a one-trick pony and sadly the local UKIP group never had any policies at a local level for West Suffolk. These ex-UKIP councillors will still be on the council for another year until the next local elections in May 2019. As they have ditched the policies of the party for which they stood for election, I call on them to stand down now to allow the local people in Haverhill to elect new councillors to represent them.”

Following the recent resignation of Councillor Jason Crooks as leader of SEBC’s UKIP Group, this was shortly followed by the resignation of Councillor Anthony Williams from that Group.  Both Members had also resigned from the UK Independence Party and have therefore requested to sit on the Borough Council as Independent Members. As consequence of this, this Group must now dissolve in its current form, as a political group must comprise two or more members and only Councillor Barry Robbins remained a member of SEBC’s UKIP Group.

At their request and agreement, the following therefore now applies: