Thank You Party in Newmarket 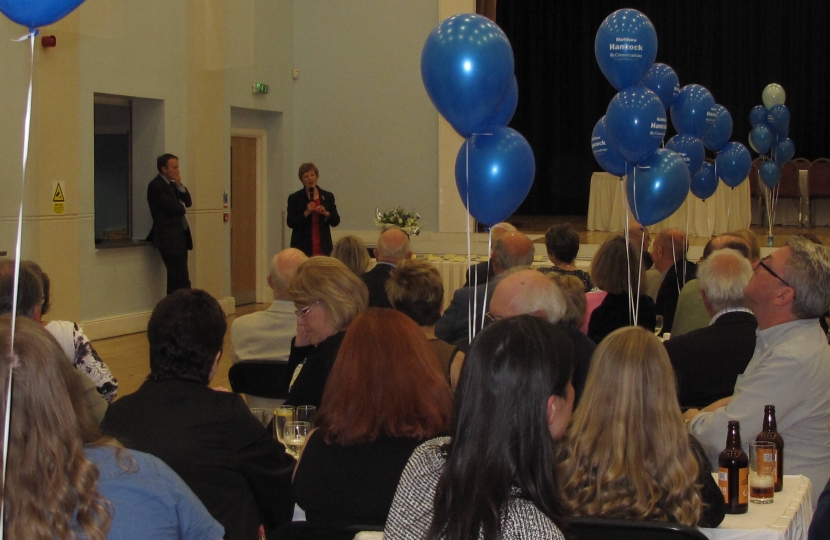 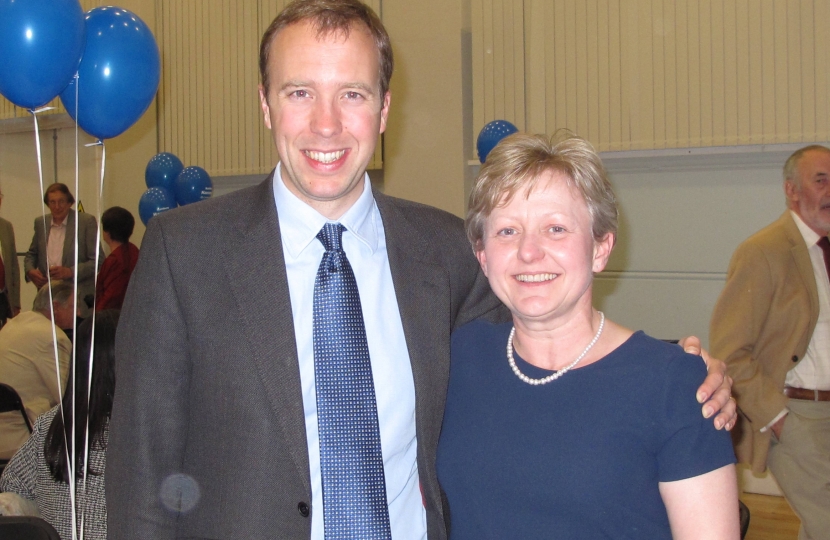 About 130 hard-working Conservatives enjoyed a two hour Thank You party at the Newmarket Memorial Hall to celebrate great national and local electoral successes on Thursday, 7th May, 2015. Mary Evans, Chairman, and the Association Officer team conveyed their thanks and congratulations to everyone for a job well done. A summer cold buffet was served including a choice of dessert of either lemon cheesecake or chocolate profiteroles!  Local volunteers from all over West Suffolk including Sapiston to Haverhill and Brandon to Hopton, shared campaign tales and observations during the evening. West Suffolk Conservatives also bid a sad farewell to Election agent and St Edmundsbury Borough Councillor Paula Wade who will be working at Westminster as a Senior Parliamentary aide to Heidi Allen, newly elected Conservative MP for South Cambridgeshire. Matt Hancock MP expressed his thanks and appreciation for the considerable efforts made by so many local Conservatives to ensure he was re-elected with an increased majority for another five years in Parliament. His new rôle in an outright majority Conservative government is Cabinet Office Minister and Paymaster General. He explained that he is reponsible for the Army & Navy budgets as well as the Civil Service but by some quirk of history, not for the budget for the Air Force!  Matt also thanked those who had contributed to the successful Ipswich campaign to re-elect Conservative MP Ben Gummer for a second term of office, also with an increased majority. Ben is now Parliamentary Under-Secretary of State at the Department of Health.

Didn't we do well?