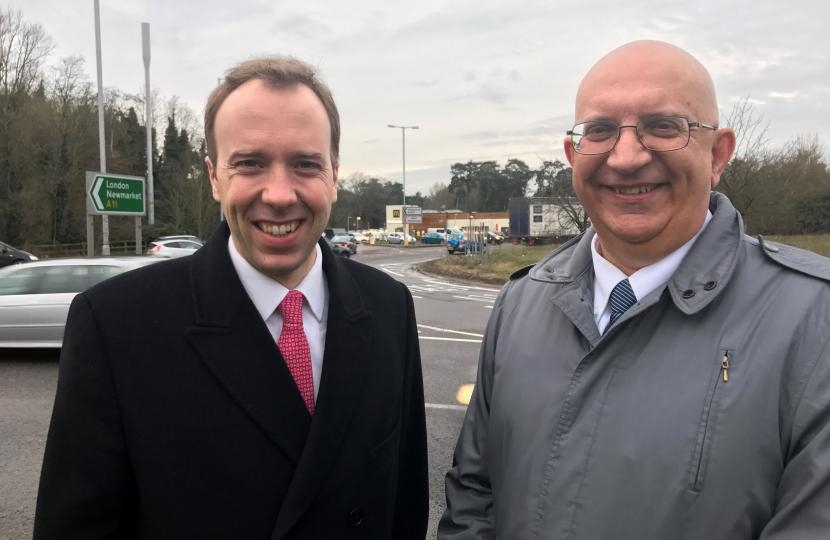 As part of the Congestion Relief Programme, The Department for Transport has announced £400,000 of funding for a signalisation at Fiveways Barton Mills Roundabout as part of a £220m fund to relieve congestion on the Strategic Road Network.

“Since the A11 dualling was completed in 2015, I have campaigned tirelessly for safety improvements to Fiveways so I warmly welcome the announcement by the Department for Transport that £400,000 will be made available for the installation of traffic lights at Fiveways. This highlights the Government’s commitment to improving our region’s road network and improving journeys for many people in West Suffolk. I’m delighted to see these improvements as part of a £220 million fund to tackle specific pinch-points across the nation.

“These improvements will undoubtedly bring higher levels of safety as well as reducing congestion on the roundabout and on the approaches to the roundabout. We must now get the lights installed quickly, so that the problems of Fiveways can be put behind us. “