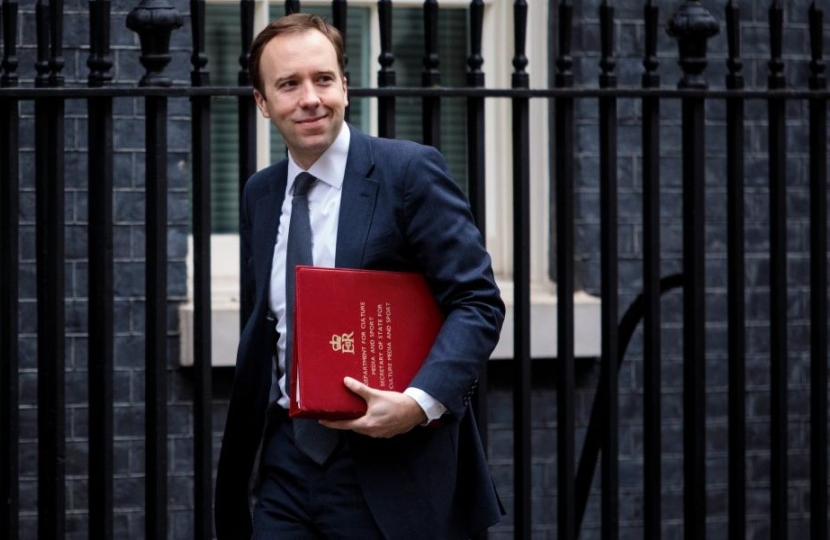 The MP for West Suffolk has been promoted to one of the most senior positions in government, replacing long-standing Health Secretary Jeremy Hunt.

Matt Hancock has been chosen to replace Jeremy Hunt as the UK’s Health Secretary, following a minor reshuffle.

The former secretary of state for Digital, Culture, Media and Sport will take up the senior cabinet position after just eight years as an MP.

The news comes as Theresa May navigates an impromptu ‘mini-reshuffle’, following the shock resignations of senior cabinet ministers and Brexit heavyweights David Davis and Boris Johnson.

Mr Davis was replaced by ardent Brexiteer Dominic Raab, while Mr Johnson will pass the baton to Jeremy Hunt, who served as Health Secretary for six years – the longest anybody has ever held the role. Mr Hancock said he was delighted with the new appointment, tweeting: “Really looking forward to joining @DHSCgovuk at such an important time for our great NHS. I can’t wait to get started”.