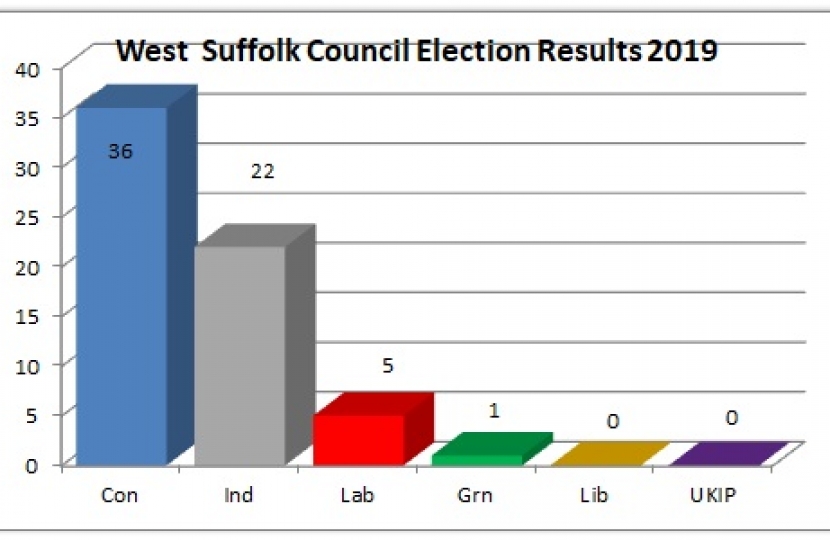 The Conservatives have won a majority on the new West Suffolk District Council.

At the election held on 2nd May 2019, the Conservatives won a total of 36 seats giving it a majority of 8 over all the other parties. The second largest collection of councillors were elected as Independents who, by their nature, do not work together as a political group. They number 22. Labour won 5 seats, the Green Party 1 seat and the Liberal Democrats failed to win one seat. UKIP was whiped off the West Suffolk map with no seats.

A full list of the results can be found HERE